How Congress Passed the ADA 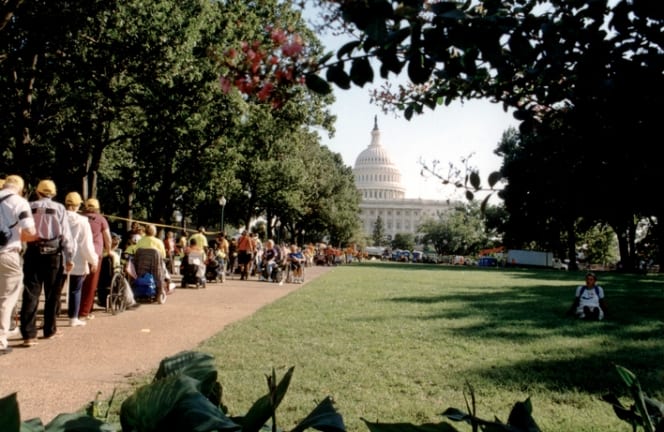 To celebrate the 30th Anniversary of the Americans with Disabilities Act (ADA), NCLD wanted to speak with key leaders involved in the passage of the law back in 1990. President and CEO Lindsay Jones, and Quinn Bradlee, Youth Engagement Associate, sat down with Congressman Steny Hoyer (D-MD 5th District) to learn more about the history of how the ADA came into being.

Watch the conversation below.

Congressman Hoyer was a sponsor of the ADA in the U.S. House of Representatives and also helped lead the passage of the ADA Amendments Act of 2008, which clarified the original intent of the law and officially included Learning Disabilities in the bill’s language. Watch the video to learn more about how Congress helped ensure the rights of people with disabilities.

For more history on the ADA, follow along with NCLD’s ADA Week of Action.