The Power of My Voice and Story 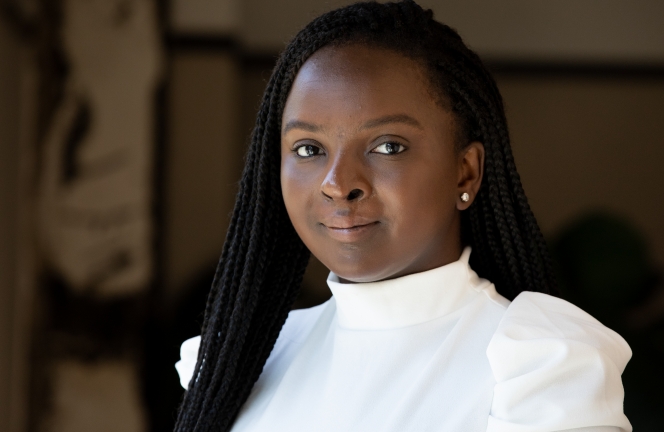 One of the hardest challenges I struggled with as a child was using my voice. I was always nervous about not saying the right things — or about asking for help. I was afraid of what people may think about me. It was a struggle being a girl and a person of color, and having a cleft lip and palate. People already had their preconceived notions about me. Imagine adding that I have a learning disability. Every new school year tormented me. It was the same routine. Teachers would look at me and have so many questions but were too afraid to ask. They would get my IEP and my learning disability was a stigma, giving them false ideas about my abilities. They were afraid to challenge me, and they treated me differently than other students. I was always just trying to get by in life and avoid all the attention that was already on me.

Because of my experience in kindergarten through high school, I decided not to be evaluated for my learning disability before I went to college — to avoid being an outcast. This is probably the main reason I struggled in undergrad. I was so afraid of what professors and others might say that I just chose to struggle. I just wanted to hold my head down and get through college. It was in college that I began to learn how to use my voice and advocate for rights that multiple people were fighting for. It was easy to be an advocate for the rights of people of color. There are so many people like myself who were struggling, so I didn’t feel alone. However, there were very few people who looked like me talking about learning disabilities. It was always a struggle for people to get that part of my story out of me.

After college, I became a member of NCLD’s Young Adult Leadership Council. At NCLD’s 2019 LD Day of Action on Capitol Hill, I got to meet U.S. Representative John Lewis, a legendary man who helps fight for the rights of people of color. He marched with Martin Luther King Jr., and is one of the last surviving people in King’s inner circle. There I was, standing in his office looking at all his pictures and listening to him tell his story. It was an astonishing moment to be with an icon who was a part of the Selma to Montgomery March and the March on Washington.  Rep. Lewis fought for the rights of people of color to vote and to bring visibility to the fight for black civil rights. He was not just fighting for his own rights but for the rights of the generations that would come after him. He was willing to get beaten and go to jail. One of the things he emphasized was “the power of your voice and your vote.”

After hearing him speak, I gained a sense of strength and power. There I was on Capitol Hill speaking to members of Congress, asking them to take action that would help students with learning disabilities get the accommodations and support they need. Not many people like me get the opportunity to share their stories and be heard by members of Congress and a civil rights icon. I had the opportunity to help make sure that students don’t have to face the same issues I struggled with. After meeting Congressman John Lewis, I became fearless in sharing my story more and using my voice.

This blog was written by Alyssia Jackson, one of NCLD’s Young Adult Leadership Council members.

Statistics on the Issue: Why the Department of Education must issue Guidance