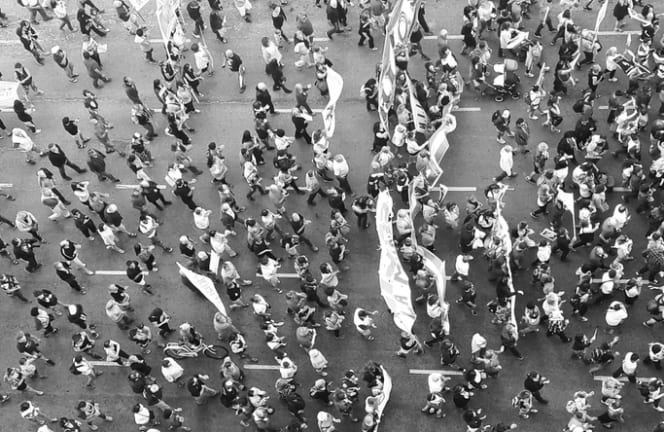 The month of February is dedicated to honoring the long history of Black Americans and their many contributions to society. The first celebration began in 1926 and it has grown steadily over the years into what we now know as Black History Month. This month, we’re highlighting the stories of Black heroes whose vision, commitment and activism helped advance progress for people with disabilities. As we reflect on the past, we remember the incredible advocates who are too often left out of the retelling of history.

Johnnie Lacy: A Voice for Black Women with Disabilities

Johnnie Lacy was born in 1937 in Huttig, Arkansas but soon relocated with her family to Mcloud, California. Lacy was diagnosed with polio at the age of 19 and placed in an iron lung for weeks. Eventually, the polio left her paralyzed and confined to a wheelchair.

After rehab, Lacy went back to college and completed her degree, at a time when doing so meant overcoming discrimination based on her race, gender and disability. She helped found the Center for Independent Living at Berkeley and became the Director of the Community Resources for Independent Living (CRIL) in its early days from 1981 to 1994. During her time at CRIL, she engaged the community in groundbreaking and essential conversations about identity and the challenges that come with being a Black woman with a disability.

In her own words, listen to or read Johnnie Lacy’s oral history.

In 1977, frustrated with the federal government’s failure to address disability discrimination, disability rights advocates participated in a 28-day protest at a federal building in San Francisco. These activists demanded that the government issue regulations for Section 504 of the Rehabilitation Act, and their efforts have now become known as the “504 Sit In”. Many of the activists — having disabilities of their own — lacked the necessary medical equipment, caretakers and medication to participate in the sit in.

The “504 Sit In” has been widely written about, but the involvement of two Black disability activists, Brad Lomax and Chuck Jackson, has been largely overlooked. These two members of the Black Panther Party, Brad Lomax, and his assistant, Chuck Jackson, participated in the sit in. Lomax was an Oakland resident with multiple sclerosis which required him to use a wheelchair. Together, Lomax and Jackson worked with their community to cook and deliver hot meals to disability rights advocates during the 28-day protest.

Lomax and Jackson joined other disability rights activists, including Judy Heumman, to fly to Washington, DC to further pressure the Department of Health, Education, and Welfare to implement the regulations. To learn more about Judy Huemman’s amazing work and her involvement in the sit-ins, watch our conversation with her.

Ultimately, due to this unified advocacy effort, the government issued regulations for Section 504. These regulations would eventually lay the groundwork for the passage of the Americans with Disabilities Act in 1990. According to disability rights activist Corbett O’Toole, these advocates “showed us what being an ally could be. We would never have succeeded without them. They are a critical part of disability history and yet their story is almost never told.⁠”

Glenn Lomax, Brad Lomax’s brother, shares a first-hand account of his leadership through this video.

Bessie Blount: Transforming what is Possible through Assistive Technology

Bessie Virginia Blount was born in 1914 in Hickory, Virginia. She made significant breakthroughs in assistive technologies, particularly for World War II veterans who were amputees.

Blount attended Diggs Chapel Elementary School, a small school house that educated children of free Black people, former slaves and Native Americans, until sixth grade. There were no schools in her area for Black students where she could continue her education. She was self-educated until attending Union Junior College in Cranford, New Jersey and gained nursing training at Community Kennedy Memorial Hospital. Blount then became a licensed physiotherapist.

During World War II, Blount joined the Gray Ladies, a group of non-medical volunteers who worked at military hospitals. “After coming in contact with paralyzed cases known as diplegia and quadriplegia (blind paralysis), I decided to make this my life’s work.” Blount told Afro-American.

Blount believed that it was important for people with disabilities to be able to feed themselves in order to have independence and increase their self-esteem. To do this, Blount came up with a device that consisted of a tube that transported individual bites of food to the patient’s mouth. Blount’s innovation was one of the earliest forms of assistive technology for individuals with disabilities and she paved the way for many more advancements in the field.

These Black advocates, inventors, and activists — Johnnie Lacy, Brad Lomax, Chuck Jackson, and Bessie Blount — each contributed something unique to the disability movement and have helped our communities get to where we are today. It’s hard to imagine a world without their significant contributions.

Understanding and Navigating Through Life with a Disability