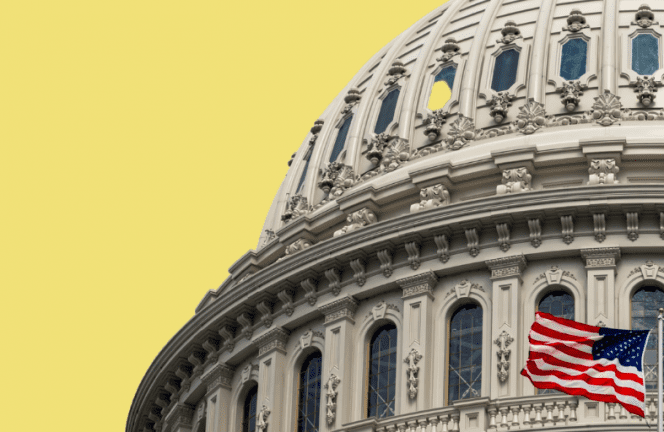 The IDEA Full Funding Act of 2021 is introduced, the Infrastructure bill signed into law, Build Back Better passes in the House, and the YALC sends a letter to the U.S. Department of Education. See how NCLD worked on behalf of students with disabilities this month.

On November 16th, the IDEA Full Funding Act of 2021 was introduced in both the House and Senate with support from 33 Members of Congress. This bill calls for annual funding increases for programs that support students with disabilities, their families, and their educators.

In 1975, Congress passed the Individuals with Disabilities Education Act (IDEA) to ensure that every child with a disability has access to educational opportunity. However, the legislative pledge to fund 40% of the cost of special education services has never been met, and costs have thereby fallen to state and local governments. The IDEA Full Funding Act of 2021 would require yearly increases to funding for IDEA programs so that the federal government reaches an annual appropriation of 40% of the cost of special education services in 10 years.

Send a message to your Members of Congress to urge them to support this bill here.

The bipartisan, $1.2 trillion Infrastructure Investment and Jobs Act was signed into law by President Biden on November 15th. The bill includes investments that benefit students including funds to replace lead pipes in schools and electrify school buses. Congress also allocated funds to provide broadband for students and their families after the pandemic exposed inequities in access to high-speed internet.  This bill includes $42.5 billion for broadband aimed to reach families and businesses in underserved areas. Read the full text of the bill here.

Build Back Better Act Passes in the House

On November 19th, the U.S. House of Representatives passed the Build Back Better Act. The bill now awaits further negotiations in the Senate where it will need 50 votes to pass. If the Senate makes any changes to the package, the House will have to vote on it again. Education and related investments in this bill include:

NCLD has advocated for this increased investment in educators and college retention and completion grants, and will continue to do so. Read the House’s Build Back Better Act section-by-section here.

NCLD’s Young Adult Leadership Council (YALC) sent a letter to the U.S. Department of Education on November 10th urging ED to take action to ensure higher education students with disabilities have access to obtaining the accommodations they need. In the letter addressed to the Under Secretary at the U.S. Department of Education, James Kvaal, the group of nearly 20 YALC leaders asked ED to issue guidance for colleges and universities that would encourage them to accept a wider range of documentation as proof of a disability.

The letter to ED explains that under current processes, students are often required to get a new psychological evaluation to prove, once again, that they have a learning disability — despite having previously received services or accommodations through an Individualized Education Program (IEP) or 504 Plan in high school. This is an often unexpected obstacle for college students that can be costly, burdensome and stigmatizing. Guidance from ED would direct colleges to accept IEPs or 504 Plans as proof of a disability and would remove the red tape that exists for many students with disabilities to receive reasonable accommodations in college.

In Case You Missed It: