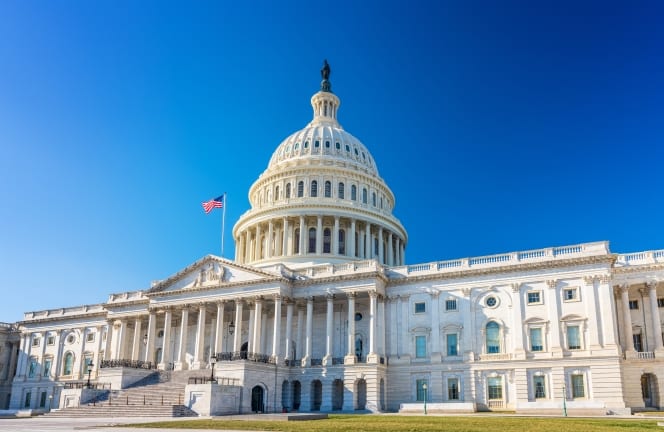 This May, the House of Representatives passed another bill in response to the COVID-19 crisis, the Department of Education issued guidance to fund private schools with public funds, and the CDC released recommendations on school reopenings. See how NCLD worked on behalf of people with disabilities this month.

Led by House Democrats, members of the House of Representatives passed the Health and Economic Recovery Omnibus Emergency Solutions (HEROES) Act in response to the COVID-19 crisis. Importantly, the bill protects the Individuals with Disabilities Education Act (IDEA) and does not allow for states and districts to waive any requirements or civil rights protections under the law. This is in line with the recommendation Secretary DeVos made late last month that IDEA should remain intact during this crisis. The bill also allocates $58 billion to support public schools. You can read the full text of the bill here.

However, while the House of Representatives has moved quickly to provide relief to public schools and universities, the Senate is reluctant to move forward. Senate Majority Leader Mitch McConnell (R-KY) has repeatedly stated that the federal government should see how the previous stimulus bill, the CARES Act, is working before passing another one. NCLD will continue to push Congress to not waive the rights of students with disabilities during this time and to move quickly to provide additional funding for education.

After Congress passed the CARES Act which provided billions of dollars to assist public schools in handling the COVID-19 crisis, U.S. Secretary of Education Betsy DeVos released guidance suggesting state leaders should direct those public funds to private schools. NCLD and many education and disability organizations have opposed this guidance because federal tax dollars should not be used to support private schools that often discriminate against students with disabilities and LGBTQ students. Some members of Congress have even publicly stated that those funds were not meant to go to private schools in this way. NCLD will continue to oppose all proposals that direct money away from public schools that are legally required to serve all students.

The Centers for Disease Control (CDC) has provided recommendations to state and local leaders on how to safely reopen public schools. The recommendations include suggestions on how to promote behaviors that will reduce the spread of the virus, how to maintain healthy environments and operations, and what to do if someone contracts the virus. You can read all of the CDC’s recommendations here. Discussions about the physical safety of students and teachers are just one of many ongoing conversations about how to reopen schools in the coming months.

NCLD Joins With Partners to Ensure Equity and Transparency

Just as we’ve done for 40 years, NCLD continues to push our nation’s leaders to protect and support students with disabilities. Over the last two months, NCLD and the Consortium for Citizens with Disabilities led efforts to oppose waiver and sent a letter to Congress with more than 350 signatures.  This month, we joined education and civil rights organizations and issued a joint statement concerning equitable education during the COVID-19 pandemic school closures and beyond. We also provided a list of potential transparency requirements for states and districts to adhere to when using CARES Act funds with nine other partners. June will be another critical month in our advocacy efforts as policymakers attempt to tackle the ongoing pandemic.