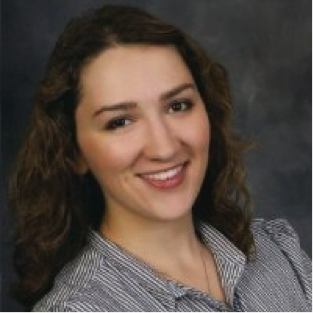 ‘A wheelchair-bound person can’t play soccer,” a man translates from Arabic to English. Without pause he is asked to translate, “Before Braille was invented, could blind people read?” Everybody in the room hesitates, stuck between two correct answers: yes, because bl ind people had the capability, but no, because they could not demonstrate it. Suddenly, everybody realizes that a disability does not hinder capability, something that I had learned years before. I take a hiatus from recording the meeting and reflect on how I was invited to visit the Kingdom of Bahrain in 2009 to serve as a disability consultant for the U.S. Department of State.
The series of events leading to that moment began when Rick Marting, looming over scattered sixth graders, gave his infamous lecture: “You have entered the world of adults. I am not here to baby you.” The acid rain of words stung my ears while the male embodiment of Ms. Trunchbull from “Matilda” established that I was no longer allowed to slide through the cracks, no longer allowed to stumble through classes with a D average. D as in Disability. I had A DD and dysgraphia, two disabilities that were as much a part of me as my brown eyes and which had led me to give up in school.
Dysgraphia is a cognitive disability that makes it difficult to write legibly by hand. When I was learning to write for the first ti me with this undiagnosed, invisible disability, I had no way to demonstrate how smart I was. I felt like Sisyphus trying to climb a mountain, futilely attempting to make progress, only to be pushed back down again. Suffocated in a row of artsy, promising pupils who created the most elegantly rounded bubble letters and who colored inside the lines, I had lost all motivation and quickly fell behind. Meanwhile, the so-called “building blocks”‘ that would form my future success remained loose in a pile and most teachers and administrators assumed that I was stupid or just lazy. After years of failing, I began to think I was stupid, too. Rick Marting was the first teacher to see my potential.
I imagine that Mr. Marting’s positive outlook toward me was considered a taboo topic i n the teachers’ lounge. Sitting down to eat lunch at a desolate table from which the other teachers had scattered like flies, Rick Marting was most likely considered irrational for having faith in me. Praise from Mr. Marting was a rarity, a gem, a valuable crystal that shined only when the sunlight hit it from precisely the right angle. Therefore, I was exultant when he complimented an essay I wrote. flaws and all. The reason his response to my essay was so crucial was because he was pleased to see me give my best effort, whereas every other teacher was only satisfied by the best achievement. I worked painstakingly and by eighth grade I was a top student in my class. I had never felt so liberated. Mr. Marting’s inspiration and the accommodation of a computer led me to becoming the hardworking student I am today, taking pride in my successes because I love the feeling of doing my best and showing the world that I can achieve my goals.
The importance of accommodations in my life has instilled in me a larger dedication to global equality and disability awareness. During high school I became involved with disability inclusion programs, hosting teenagers with disabilities from Bahrain for five days, and traveling to the Kingdom of Bahrain for three weeks with teenagers who share my passion for universal accessibility. Ultimately, I worked as a consultant in Bahrain, where the most beautiful silence in the world occurred as the assembled crowd came to understand the significance of accommodations, reminding me of the challenges that made me the person I am proud to be.
Recognizing that my understanding of dysgraphia has been essential to my success in school and life, I have felt compelled to ensure that with accommodations other people with disabilities can accomplish their goals. I currently volunteer monthly with disabled children in my community. I am also organizing private theatre performances for youth with disabilities in my community so that they will have the opportunity to celebrate the arts. The first performance specifically intended to meet the needs of youth with disabilities has been scheduled for this spring.
I love science and will bring my initiative to create change and contribute the knowledge and skills I have gained through my experiences abroad to my college community. I hope to achieve my dream of utilizing my education to create new technologies, learn about government, and expand my efforts to have deeper impacts. Whether I am designing a wheelchair for water-skiing, modeling the status of a salmon population. or creating a solar-powered car, I will have achieved my dream of using the knowledge I gain at college to increase global health.