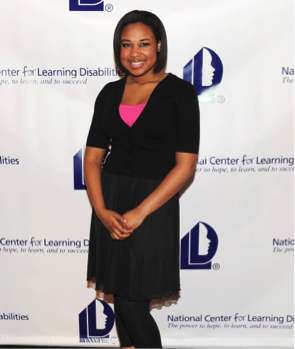 I view my brain as a computer simple on the outside, but on the inside, there’s a complex machine. Only my machine has a broken circuit. Some may say that fact makes my computer obsolete, or not worth anything; but I view it differently, I see it as a gift. I see it as a gift, because my computer does everything that normal computers do even with a broken circuit, and it allows me to see the world in a different light than most people do.
At fist I didn’t understand why I had been diagnosed with dyslexia. “Why am I different? Why cat I read like all my other friends?” Those were some of the constant questions I asked myself after I first found out about my disability. As time went on, I accepted my disability and learned that I wasn’t the only one who struggled with it. In fact, one of the teachers mom taught with has adult twin daughters that are dyslexic also. They agreed to talk to me and share their experiences with me. I was inspired instantly; they persuaded me to enter the MTA spelling bee for the first time. (This is a spelling bee in our school district that id held yearly for dyslexic student throughout the district). I left with a gold medal, and the courage to continue to learn how to compensate for my dyslexia. The twins still encourage me to this day.
From there my success continued to just thrive. Once I entered into high school, I decided to challenge myself further by taking Latin as my foreign language. After being awarded the Best Latin I student during my freshman year, I continued all the way through Latin III, entered the Latin competition, and received a first and fourth at area and fifth in state. That wasn’t my only success, I received commended performance on my tenth and Exit-level grade English/Language Arts TAKS test, with a perfect score of four on the writing section. This is our states mandated test that is required to graduate. Hard to believe given that during my first years of taking the test, I had to have it read to me. With all my successes, I then decided to challenge myself even more by graduating from high school one full year early. I will reach that goal when I graduate on June 12, 2011 at the age of 17. (I will turn 17 in May).
After high school I plan to attend one of the colleges I’ve been accepted to: University of Central Oklahoma, Sam Houston State University, or Spelman, and study Criminal Justice and Substance Abuse Studies. I chose this field, because I learned that many of those who are incarcerated are very bright individuals who had undetected, or untreated learning disabilities, and weren’t taught that they could do whatever any other “normal” student could do. They didn’t learn the skills to compensate and advocate for themselves so many turned to alcohol, drugs and crime to cope and survive. I was able to learn about this during a Criminal Justice camp a Sam Houston State University that I attended during the summer of 2010. I was personally chosen after sending an application, essay, and letters of recommendation by my principal and history teacher. I’d specifically like to work with juvenile offenders, giving them hope that they can succeed and become productive members of society by helping them learn to read and to learn self-advocacy.
Now that I’m older, I truly realize the impact that those twin girls had on me, (both of them are now teachers; because they inspired me, I now mentor kids that have dyslexia in hopes that I can have an impact on their lives and help make their struggle easier. Not only that, but also go back to the MTA spelling bee every year and my parents and I provide assistance and gifts for student participants and teacher mentors. Now that I have my drivers license, I plan to volunteer at Texas Scottish Rite Hospital in Dallas, TX, where I was first diagnosed with dyslexia, where they explained to me in terms that I could understand what dyslexia means and how I could cope with it. They provide our family a wealth of resources, which I now share with others. I even met a family in a Boston airport who lives in Canada and because I shared my story, they received the help they needed for their daughter upon their return. I am also a member of my high’s chapter of the Circle of Friends, an organization where general education students befriend and mentor special needs students.
I am thankful that when we moved from Michigan to Texas, before we knew I was dyslexic, my parents moved into a community where the school district offered a program to meet the needs of its dyslexic and special education students. Although MTA wasn’t covered under the special education or 504 umbrella, I discussed my struggles with my teachers, counselor and administrator and was granted 504 status during my freshman year. I explained to parents, students, and teachers how having certain accommodations in place, such as extended time on tests, can give people with learning differences a “level playing field,” not an advantage as may seem to think. For those who are dyslexic and ADD/ADHD, small group administration with limited distraction is a blessing. It is my belief that God has trusted me with this, because He had equipped me with strength and determination to overcome and help others to do the same.
My hope is that any child that I come in contact with that has a learning difference will be encouraged and inspired because of meeting me. It doesn’t matter our race, religion, socio-economic status, dyslexia is our common ground that breaks down all barriers. My prayer is that their “computer” will become the gift they’re thankful for, and that they, in-turn, will encourage someone else.